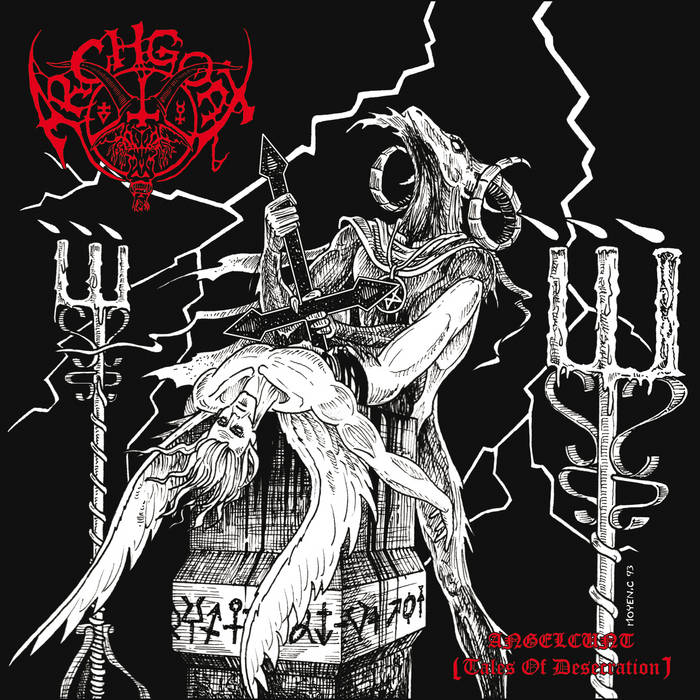 Marshall Barnett BUY THIS ALBUM OR FUCK OFF!!!

Matthew Toye Their first EP established Archgoat as the most important band in Finnish black metal. They're one of the most consistent ones too. Favorite track: Death And Necromancy.

Friend of the Night

Originally released in 1993, this genuinely disturbing piece of work, considered by many as one of the best Black Metal EPs of all time, is the pure quintessence of what the Satanic metal scene has to offer the world, a morbid compendium of bestial compositions!

On this cult release, the mighty ARCHGOAT is simply phenomenal, reigning as a master on the throne of sonic atrocities. With disconcerting ease the demonic horde violently assault our lost souls with a ton of deadly riffs, perverse synth waves, and always this mythic voice, imposing, guttural, and brutal… the whole thing deliciously bogged-down in a primitive and raw production.

More than 20 years after its release, "Angelcunt (Tales Of Desecration)" is still a devastating standard by which others must be measured in the most dangerous sphere of uncivilized musical madness.

Bandcamp Daily  your guide to the world of Bandcamp

Featuring Gary Bartz, 5 years of Rhythm Section Intl and an LP of the week by Nicolas Jaar